The Ænigma Project is a discussion group focused on the realm of the supernatural, paranormal and mysterious events that sometimes take place in our lives. Through multiple view points and experiences, we seek to enlighten our listeners and elucidate that which has become hidden beneath the many layers of misunderstanding and fear.

Join Paul Cagle and his co-hosts Sushi and Springwolf as we share our research, knowledge, insight and humor of the spiritual and paranormal. Be part of the Ænigmite Crew and play “Truth or Tale”, see if you can tell the stories that are real, from those that are made up. And find out what the latest strange or paranormal is being talked about for the week as we discuss the “News of the Day”.

To get into the chat room, scroll down below the radio Listen Bar and you’ll find a sign-in box. No sign-up required, but you can create a registered account if you desire. You can join in the chat room to share your perspective on our topic or ask questions for the panel to contemplate and address.

END_OF_DOCUMENT_TOKEN_TO_BE_REPLACED 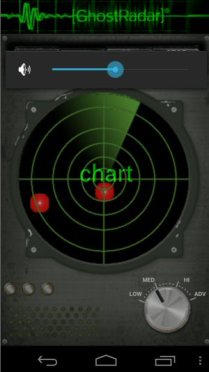 There’s An App For That

I’ve written about the Android App Ghost Radar here on my blog back in August 2012. I have a good time with this app. The company who makes this app put out a new version this past year that’s supposed to be bigger and better. This one that I’m using is called Ghost Radar Legacy. I haven’t had time to check out the new app, but if you’re interested in these kinds of tools; you might want to visit Ghost Radar Connect on GooglePlay.

Last night I was a guest on Mary Marshall’s ParanormalMD Radio Show and the topic of EMF (Electro Magnetic Field) and EVP (Electronic Voice Phenomena) tools came up concerning a recent investigation Mary had been on. That conversation inspired me to start up my little App this morning on the way to taking my son to school.

Now I can’t vouch for the accuracy of this app as I stated in the original App review. I’m not a Ghost Hunter or Paranormal Investigator. So this app is purely for my own amusement and interest. But sometimes your experience with such things are so interesting that you do build confidence in the validity of their usage, and that happened to me on this morning.

I was really intrigued by the conversations; I should say the attempted conversation presented by the app during this ride. I thought I’d share some of our interaction with what we heard and what it picked up as we were making our trip to the school. If for no other reason than to share a few moments of “Hmmmm”.

As an adept psychic, I talk to ghosts and spirits all the time. Listening to them takes some effort and it’s not something I do when I’m driving. It’s too much of a distraction. But I do ick up on the energy regardless and trust my instincts to interpret what I’m feeling. This is important to understanding how I use the app. It’s not a one on one conversation like you and I would have. It’s an opportunity to practice “feeling” energy and working on your psychic skills to interpret what you feel or pick up on.

But ..I’m also a believer in ghosts and spirits and communication with them. I’m a psychic, a channel, I know the experiences I’ve had talking to ghosts on my own without an EMF, EVP, ghost app or whatever. I’ve been doing it for 40+ years. So yes, I believe it’s possible because I’ve done it and I do it on a daily basis. But frankly it takes some effort to “turn on” the senses and talk/listen to spirit.

I have fun with this app because it doesn’t take a great deal of effort on my part to potentially talk to ghosts in this fashion. And when the words the app picks up relate so well to what’s going on around us or in our conversation, then…come on….there’s got to be something to this. It’s to freaky not too. Right?  😉

I thought it was interesting anyway. And so did Garrett; my skeptic atheist husband. 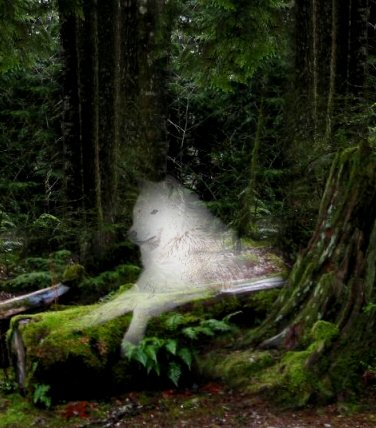 Neurosurgeon claims to have seen Heaven

Your perspectives are based on your experiences. What you define in your life, or give a label to is based on those understandings and views. You and I could have the same near death spiritual experience and based on our perspectives give aspects of that experience different names because of what we believe to be true in our own lives.

You may call your experience a visit to heaven, I might call it the Celtic Otherworld, someone else may call it Summerland or Valhalla. No label is wrong, because the label is given by the person who had the experience. It was their event, they have a right to call it what they will.

This discussion has come up here in my community because of story reported in our local news. One of our NBC News anchors, Curt Autry, reported on a story about a neurosurgeon who had a near death experience and believes he has proof of heaven.

A few people are upset that the “news” is reporting this story. Some are denouncing the Dr.s claims and insist there is a medical reason for his “vision”. Others, like me, support his vision as it’s not the first time we’ve heard this type of story or near death experience.

So the discussion has begun. Here is a link to the story and video posted by Mr. Autry – Neurosurgeon’s Experience Of Heaven. 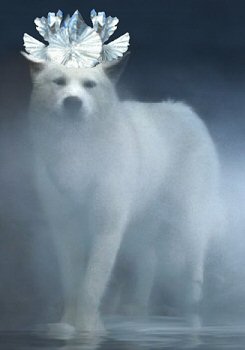 Get Your Tinfoil Hat

I’m having an absolute blast with my new phone. It’s my first SmartPhone! Anyway..

If you don’t already know, I’m a co-host of a paranormal radio show called The Ænigma Project. Last night the Show’s creator Paul and I were talking about smart phones and the many useless Ghost Hunting apps.

So anyway…after the show we talked a little more, Paul gave me some great advice for what to look for and I did some research online while we talked. Paul has been professionally ghost hunting for over a decade so he has a lot of more experience and exposure to these things than I do. He also has an iPhone so trying to find something that was compatible with my new Nexus was going to take a little longer.

After doing some research and comparing reviews, I settled on Ghost Radar. If nothing else, it’s been very entertaining. I should probably say that I’m an old school psychic and have tended to refrain from technology when it comes to “proving” the existence of spirit and ghosts. I do read academic research and studies on a variety of esoteric topics, such as the effects of meditation on the brain and physical being. So I tend to shy away things like this.

You can also learn more about Ghost Hunting Tools and Alternative Equipment from one of our past Ænigma shows.