Thought For The Day

When someone comes to you and says they’re from the Planet Gortair and they’re excited to visit your planet. Don’t argue with them. Simply respond: “Greetings and welcome to Earth. As a duly appointed representative from our planet, I would like to invite you to a tour of one of our finer medical facilities.” It beats wrestling them to the ground. – (thanks to Night Court for that approach).

Answering eMail From Visitors
Anyone who has a blog or website that provides a method for receiving communication is opening a door to some wonderful exchanges of ideas and thoughts. But sometimes, the communications aren’t so kind or in some cases are totally off the wall.

One thing that happens when you run a business or educational website is that you get a lot of emails from people who simply aren’t all there. I’m sure it happens to all types of businesses or educational websites. But I know for sure it happens to sites with a spiritual context. I’ve been building websites since the early days of the internet when only a handful of corporations had a web presence. I was fortunate to work at a corporation that was interested in innovation. Being in IT Research and Development in that corporate career, when this web thing came across my desk I jumped at it. END_OF_DOCUMENT_TOKEN_TO_BE_REPLACED

Communication is one of those things that people often mess up with expectations and assumptions. We expect people to respond to our communications in a certain way and when they don’t many people don’t know what to do. Assumptions are equally as good at messing up communications as well. But the good thing is, they don’t have to with a few little changes in our thinking. 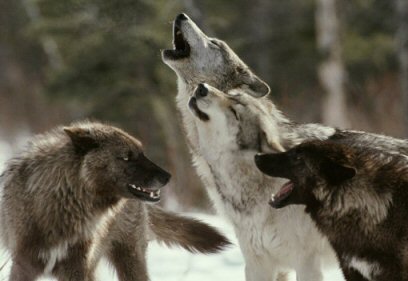 I read an article recently by a journalist who shared a personal story relating to a miscommunication between her and her husband. Only I felt her conclusions to her story were missing a key point. She made assumptions that impacted her expectations and created the problem. Basically the short side of the story was this. The journalists husband was given the afternoon off because of a job well done on a recent project. He called his wife and told her about the nice reward. She decided to cancel her afternoon, pick their daughter up from school, ran by the grocery store and planned a nice special afternoon for the entire family. The time went by when her husband should have been home, but he had not arrived. Of course she tried to contact him on his cell phone, but there was no answer. Another hour went by and she was becoming angry. Two hours went by and her anger grew. Finally after 3 hours, in walks her husband all smiles and happy only to be met with her anger. She laid into him and in his defense he reciprocated the anger. In the argument he announced that his phone died and he didn’t have a way to charge it. Ok that explained the cell phone. His delay in coming home occurred because he took the opportunity to get a hair cut and stop by a store for shaving cream on his way home. Ok that explains where he was. END_OF_DOCUMENT_TOKEN_TO_BE_REPLACED