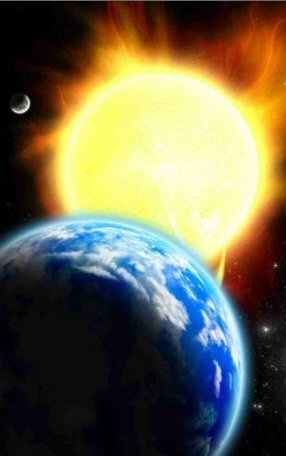 A Celtic Tale of Sacrifice and the Blood Moon

In ancient history, many cultures hold tales concerning a Sacred King. Back then a King was a form of deity, or was placed on a throne by Divine hands. As such they were worshiped as much as they were revered and honored. The Sacred King we’re going to talk about comes from the early pagan days of the Celts.

In this tale, the Sacred King is associated with the Sun, and in some variations with the Sun God Lugh who is honored during the 1st Harvest Festival known as Lughnasadh, celebrated on August 1st in Northern Hemisphere.  Elements of this story are scattered through pagan festivals throughout the year, and have been passed on through the generations of practitioners primarily through oral tales. Even today, most Pagans celebrate these events in our modern festivals and rituals, but often as separate events instead of one long story arc.

In his writings, Sir James George Frazer describes in a book called The Golden Bough (1890–1915); the sacred king represented the spirit of vegetation. He came into being in the spring, reigned during the summer, and ritually died at harvest time, only to be reborn at the winter solstice to wax and rule again.

Elements of Frazer’s book, document Pagan tales celebrated throughout the cycle of the year in one story. There are elements of the Holy and Oak King, who share governance of the seasons as they wax and wane between summer and winter. There’s the association of the fertile spring equinox when the Great God and Maiden Goddess unite and reign through the summer. And the outcome of that union in the fall, which provides for an abundant harvest season.

Compare this with the lore associated with the first spring festival associated with the Goddess Brid (also Brighid or Bridget), who is the maiden form of the Triple Goddess. In her story, Brid comes of age to marry and her number one suitor is the Sun God Lugh. They marry during the festival of Beltaine in late spring. The fruit of their union occurs in the summer during the festival of Lugh. This festival celebrates the legend of Lugh, which tells a tale about the Sun God giving up his life at the summer solstice, but is reborn during the 12 Days of Yule.

While some think Frazer took elements from other stories to fabricate his tale, others believe he simply put on paper, oral tales that have “always” been known. Looking at the festival celebrations of early Celtic pagans, it’s easy to see where they get that idea.

Some of the best records of Celtic history that we have today, come from the Romans. Those who believe the Sacred King story is engrained in history long before Frazer’s tale, point to the many myths of a spirit of vegetation who represents a “dying and reviving god”, such as Osiris, Adonis, Dionysus, Attis and many other familiar figures from Greek mythology and classical antiquity represent this similar story. There are even elements of this story found in ancient cultures of Asia, the Middle-East and in the Americas. All tell of a Divine ruler who sacrifices his body to his sovereign goddess (a representation of Mother Earth) to provide a sustaining harvest for his people.

In the story that most Pagans recognize, The Sun God Lugh marries the “Sovereignty of Ireland”, the Goddess Eriu. She is described as a hag, who transforms into a beautiful Goddess by the marriage and personifies the land of Ireland in her every feature and character. She becomes known in legend as the “Sovereignty of Ireland” or the Goddess Mother Earth. The Bards, or storytellers, of Ireland carry their story throughout the land, sharing it with local kingdoms. Because there were so many Bards, and so many stories told, the legend has variations throughout all the Celtic lands. Some replace names brought to their kingdom with local deities or heroes, to create a more familiar tale for the people in that particular region. While the details have variations, the story is the same. 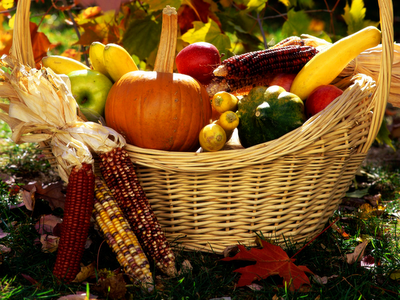 Today, writers of song and tale still share the story of the Sacred King. One popular version is “Lammas Night” by Mercedes Lackey.  The book is based on a song written by Mercedes Lackey, which leaves the ending in question.

Loving a good tale myself, I also have a version of the story that I share in my own clan rituals. We love reading various versions of the story created by our members, or from other sources we discover along the way.

The first full moon nearest the Autumn equinox is usually called the Harvest Moon. For Pagans, it is also known as the Blood Moon, where we gather round a bonfire and tell the story of the Sacred King.  The story can also be shared in the fall, during any of the three harvest festivals.  I know a few Pagan clans or covens who like to share the story during Samhain, as a scary tale, but one that shares the moral of sacrifice and compassion.

The Blood Moon
For Pagans, each harvest moon is a very special time to honor the Divine spirits and give thanks. To my knowledge and through my research, the early Pagans coined the phrase “Blood Moon”, specifically to honor the “blood sacrifice” of Lugh for his people. Read The Blood Moon – The Moon of the Autumn Equinox for more information.

Tale of the Sacred King
Anyone can use the tale of Lugh to inspire their own version of the Sacred King story. Use elements of symbology that has special meaning to you, or your gathering. Spin a tale of love, or even make it scary if you feel so inclined. Most versions try to share a moral in their story, of sacrifice and compassion for those less fortunate.

Here is my version.

The Sacred King
By SpringWolf ©

As they looked for fruits and berries, as they hunted for fur, fin and feather, their homes could not be built. The roofs leaked in rain, the rooms stood cold for lack of fire, the land could not be tilled. For all of these gifts of food must be found, and hunted, and a home cannot be built on its own.

The Sacred King saw the men and women in their suffering. He watched, waited, and thought upon it for a time, as his face grew grave and sad. He spoke to the Lady, and said, “I must die. The land will be fertile and the Earth will bring forth a harvest and the people will live and grow.”

The Lady sobbed and fell on her knees in sorrow. She grieved for Her Lord and watched him leave for the fields beyond. The Lord traveled to the center of the land and he fell upon his sword, and there he died. The blood of his body flowed through the land and covered it in red. His divine body fertilized the fields and there the ground could be tilled for crops of all kinds. And the people took up the spade to work in the field as the summer passed under the watchful eye of the Sun.

The Great Mother buried the Sacred King in the Earth, returning him to her womb, and mourning his passing from the land of life. Soon the leaves began to fill the forests with yellow, orange and red. The air turned cooler and the great Sun began its decline into winter sleep. The people of the land set out to the fields to gather their harvest and prepare for the winter snows. They packed their bounty into baskets and wooden boxes, barrels and sacks filled to the brim. They rejoiced and held a great fest to honor the Sacred King and give thanks for his blessing that covered the land.

Soon the air grew cold and winter wrapped the world in ice and snow. Covering Mother Earth with a gentile white blanket that hid the sleeping life beneath its frozen splendor. Meanwhile the people huddle before the hearth fires, sharing the fruits and vegetables from their summer labors. 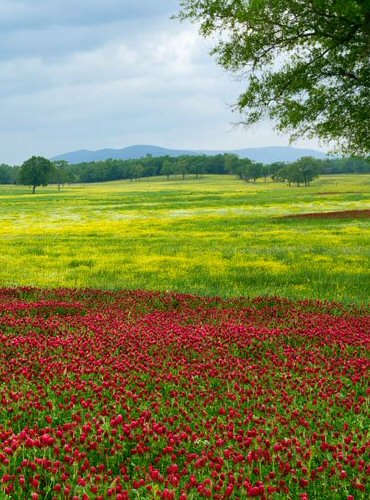 The Great Lady covered the face of the sky with dark clouds, and her tears of  poured down in cascades and torrents of wind and snow. She grieved for her love as she rubbed her belly holding the life inside. Soon, in the middle of the winter time, she feel to her knees once more. This time she called out to her Mother the Moon for help. And the light of the Moon came down to help birth her grand son, the new Sacred King who would rule the land once more.

Time passed and the Sun grew stronger and brighter as he warmed the ground in spring. It wasn’t long before a green shoot appeared, poking its head out of the muddy Earth. The land turned green as the days grew, longer and the fields grew taller, until the golden hair of the Sacred King once more waved proudly in the wind once more. The Grain of the Fields stood tall, row upon row, as far as the eye could see.

The great Mother looked out upon the green fields, and saw the wind caressing the face of the Sacred King. “That was well done,” she whispered upon the wind, “But it pains me to see you die once again.”

“It is as it must be,” He said, “And does it not show them that Death is an illusion. It is just another moment in a multiverse of change?” he added. “And through their harvest, they strive and survive. They eat and grow. Their homes are built, their fires burn and their bread bakes for the tables they share. And all this is a good thing.”

“You are right,” She sighed with sadness, “But I  wish it could have been done in a kinder way. The Lady still mourns your sacrifice and each year it will be so. Her tears will fall and her heart will ache, for her love has left her side.”

“Change is never easy, Great Mother.” He spoke, lowly with compassion and care. “But it is as it is, nonetheless.The fields are green, and the harvest will again be plentiful. The people are well and the land will grow again”.

Thus it was, and so it is, and ever more shall be so!

To find out more about the High Holy Days, visit: The Pagan Sabbats, and discover more history about their observances, why they’re observed at sunset,  and when the occur throughout the year.