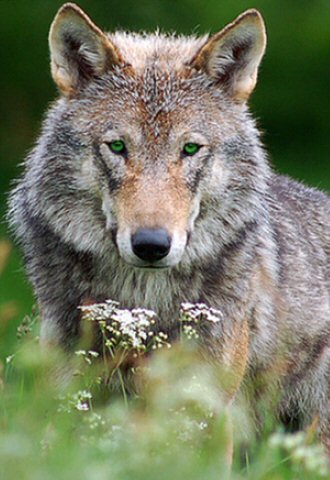 We have shared our deepest sympathies too many times on days like today where our news is blanketed with terror, sadness, intolerance and hate.  Whatever the reason a young man had for resulting to mass murder, his actions and hate will never be justified and should never be tolerated.

At some point America needs to learn that these hate crimes are terrorism born here at home. An entire community around the U.S. has been threatened and targeted too many times, simply because of who they have chosen to love.

Love is the life force that allows all humans to survive throughout their life. It raises everyone up with compassion, caring and, well love. There is no greater gift we can give to the world around us than to love one another.

Everyone here at Springwolf Reflections and Spring’s Haven extend our thoughts and prayers to the victims, their families and friends. Along with everyone in the LGBT community who are crying and constantly looking over their shoulders. That’s no way someone should have to live. And it is the result of all terrorist acts.

We love you all and support your right to love and live with the one you’re committed to with equality, freedom and the promise of feeling safe and secure in all aspects of your life.

May the GreatSpirits watch over you all,
bringing peace and compassion into your lives .
May each of you find the strength to endure,
May you acquire the support for each other to cope,
and may you be blessed the energy to remember the happy moments
of those you love during this sorrowful journey.

Update:
As this day has progressed the attack on religious intolerance and hate has of course come up. Before any information was released about the shooter, I saw comments and messages about Christian intolerance of LGBT communities.

When the news announced the shooter aligned himself with ISIS, the hate against Islam raged. And then there’s the comments which put all religions into one bucket and blames all faiths and beliefs of being intolerant, ignorant and hate-filled against LGBT lives.

When we put everyone into a single bucket, and vilify all people in that bucket we are no better than the real haters. All religions and beliefs are not the same.

I’m a ‘Minister’, teacher and healer of my faith of Pagan Metaphysics. As Pagans we understand what it’s like to be vilified and targeted by other religions. This gives us a unique perspective to align our compassion and concern for other groups who are targeted by others who use religion as their weapon of justification for hate.

In February 2012 I shared an article titled Pagans & Politics which addressed How Pagans Approach Social & Political Issues? Including our views and beliefs of LGBTA communities as follows:

Lesbian, Gay, BiSexual, Transgender, A-Sexual
Here we start with the concepts of animal (humans are part of the animal kingdom) and nature. Metaphysics teaches us that we (as humans) are part of and connected to the seen and unseen forces in the natural Universe. Every species in the animal kingdom has some expression of homosexuality within its existence. Humans, being one of those animal species, are no different. From a position of faith, LGBTA is not condemned or considered to be a ‘sin’. It is viewed as a choice of spirit to set lessons upon one’s physical path in life to learn from and to gain insight through experience. It’s no different from any other social choice that a spirit may choose, such as being an only child, or being born in a certain country. Each of these choices will set different lessons on one’s path based on upbringing and culture. The bottom line is: LGBTA is openly accepted. (this includes genderless, gender neutral, and transsexual).

Same Sex Marriage
Based on the acceptance of LGBTA, Metaphysical beliefs support any relationship that is based on love and mutual respect. It should not matter who you love, as love is the greatest force in nature. The bottom line is: Same Sex Marriage is supported.

The very first wedding I was privileged to officiate after becoming licensed minister, was for a lesbian couple who were two of my dearest friends. And I’m so grateful to have that memory in my ministry for the rest of my life.

Not all religions are the same. And not all people within the mainstream religions are the same. There are fundamental extremists in every group no matter what they call themselves. At this point the best thing we can do is focus on the victims and their families and friends. And stop propagating the image, name and ignorant hateful justification for their crime.

We as Pagans stand with the LGBTA community and pray for healing and tolerance from all people around the world as our friends in Florida #StandPulseStrong!