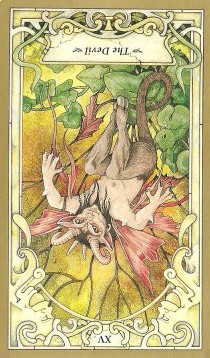 You can’t settle down and establish a good root system when you’re ignoring the details. Listen to your gut feelings, they’re trying to keep you out of harms way. Don’t settle for less than you deserve and don’t let your judgement become clouded by the negativity of others. Sometimes no news is good news. So don’t go looking for trouble. Especially when there’s none to be found. You could start something you can’t or don’t want to finish.

Be patient and allow the light to shine on your day to heal the old wounds. What’s hidden doesn’t always mean something is on its way to bite you in the behind. It could be hidden because it’s not ready to manifest into the present moment. You may not be ready right now for what’s coming. So let it go with the flow and listen to your intuition and higher consciousness. You are being guided by spirit to the next chapter of your life. Trust that Divine energy knows what’s best for you and relax.
END_OF_DOCUMENT_TOKEN_TO_BE_REPLACED 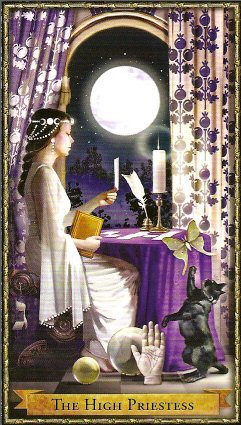 The Messengers Of The Divine

They are called the messengers of the Divine, the window to Universal Law and the sacred symbols of the higher consciousness. Whatever their auspicious synonym, the Tarot has been mentioned in ancient texts for 35,000 years. One such text, from the Hermetic Kaballah, tells of 108 stone tablets that lay beneath the ancient pyramids at Giza. 78 of these tablets are called the Exoteric Tarot, the remaining 30 are the ‘ Esoteric Tarot. This legend goes on to say, that one day these tablets will be uncovered and will explain the Universal Law and the soul’s path through the cycle of rebirth.

In 1909, Arthur Edward Waite encouraged Pamela Colman Smith to produce a tarot deck with appeal to the world of art that would have significance behind the symbols, and thus make the deck more important than tarot packs previously used for centuries. The result was the unique Rider-Waite Tarot deck, initially published in 1910. It has endured as the world’s most popular 78-card tarot deck.

The innovative cards, including the 56 Minor Arcana, depict full scenes with figures and symbols. Pamela Smith’s ability to capture the subtleties of emotion and experience, has made the Rider-Waite Tarot the basis for the designs of many 20th Century packs.