The Time of Yule

December 21st marks the Winter Solstice for those of us in the Northern Hemisphere. Solstice celebrations are expected to be held all around the world, recognizing a variety of secular and non-secular events. But the Solstice also rings in the time of Yule for yet another variety of people, Pagans.

Pagan observance of Yule begin at Sunset
on December 20th, 2017.

Have you ever wondered why we call this time Yuletide? Why is there a Yuletide log? Or what about Yuletide carols? Well of course these are things that evolved overtime. Most are rooted in Paganism, some were co-opted by other religions in an effort to convert Pagans, typically to Christianity. And some have nothing to do with Pagans at all.

Yuletide is a combination word. Yule + tide. It’s the tide part people don’t generally give much thought to in our modern observances. But let’s talk about that for a moment.

Tide represents a span of time, or a division of time in our case. Yuletide was first used in the late 15th century and was described as the division of Yule feasts and celebrations. Over time that concept evolved as Christianity spread throughout Europe. The “division” of time got lost and Yuletide simply became the time of season that rings in celebrations of Christmas.

Sadly that means the essence of the Pagan celebrations of Yuletide faded and in some cases has been lost to antiquity. At this point it’s important to remember that Indo-European Paganism was and is highly diverse. While Yule is based in the concepts of the Old Norse jol (plural), a heathen feast of winter that covered December and January, as we know them today, Yule has a variety of celebrations and observances. There isn’t one singe source for the origins of the winter festival, there are many. And probably many more we don’t even know about.

So let’s focus on the Tide for now from a Celtic perspective, which has it’s biggest influence in modern Pagan practices. That division of time is important to Celtic Pagans who recognize the old concepts of living in harmony with Nature, honoring the triple Goddess and her consort/son the God aspect of the Divine. Prior to the formation of the word “Yuletide” there was a festival of time beginning on the Winter Solstice (typically December 21st) and ending 12 days later. For us that’s sunset on December 20th to January 2nd. But don’t get the idea it’s a combination of the Solstice to the New Year, because way back then, the New Year was recognized on November 1st by our calendar. To the Celts particularly the New Year occurred at Summers end with the celebration of Samhain (summer’s end).

The 12 days here in winter represent a period of time that honors the Goddess and God of the Natural world, or the world of nature as we’d think of it today. To early Celts, the Goddess was, and still is, represented by her three faces, the Maiden, the Mother and the Crone. She is the cycle of life, the joy and innocence of the Maiden who is filled with bountiful energy and has little care or worry. Then she becomes the Mother who nurtures the world and surrounds us as Mother Earth with great fertility, in the fields, in flocks and in the home. She ages into the wise old Crone who has lived through many trials and challenges, and shares her wisdom of knowledge in all things so that we might survive another year.

The Spirit Of Yule
by Anne Stokes

But what about this consort/son guy? What is his role in our tale of Yule? In old Celtic lore, the God is represented in many tales as the Sun, giving light and warmth to the fields for the flocks and herds to eat and grow, as well as the crops so they might grow and provide food through the winter. During the Summer Solstice, the Sun God, Lugh is honored for bringing in the warmth of the Sun to the fields. During the year Lugh sacrifices himself across the land so his people can reap a bountiful harvest that allows them to survive the cold winter months.

In other versions of these holidays, the Summer Solstice represents a time when the God represented as the Oak King and Holly King, battle for supremacy and who gets to reign over the Earth. The Oak King represents the Sun, who is slain during the first harvest festival and the days began to wane and darkness falls over the fields as the Holly King, the God of Winter takes over. At the Winter Solstice the two Kings fight again, this time the Oak King is triumphant and the days begin to grow longer and the Sun returns to the sky. These legends and lore tell of the rebirth of the Sun King, or Sun God, during the Winter Solstice celebrations. And it is this practice of the Sun’s rebirth that caused the early Catholic Church to place the birth of the “Son of God” at this time of the year. It was an effort to assimilate the Pagans into the early Church.

But how does that relate to the division of time for Yule? In many of these early Pagan Traditions, the God and Goddess are given equal honor and attention. Each one is recognized in their own space of time, three days each. Why three days? Well there are many variations of that reason. The one I like and that makes sense to me, gives observance to the Mind, Body, Spirit of each aspect of the Divine in our lives.

As the Sun sets on the Winter Solstice the observance of Yule begins with honoring the Maiden for three days (that sunset begins on Dec. 20th, this year of 2017). As the Sun sets on the next day, the Mother is given her place at the table and she is honored for three days. The Sun God who has been reborn to the Earth is then honored for his three days. Then finally the Sun sets and the honor is given to the Goddess as the Old Crone. The 12 Days of Yule, or the division of Yule comes to a close until the next Winter Solstice.

The Yuletide log is based in the observance of lighting a large bon fire in the center of the village. Villagers come to this central fire and take a log (or probably a torch) from this blessed bon-fire and light the fire in their own home. The Yuletide log is a transfer of energy or blessings from the main source to each individual family and home so that they will share in the blessings of the Triple Goddess and God. 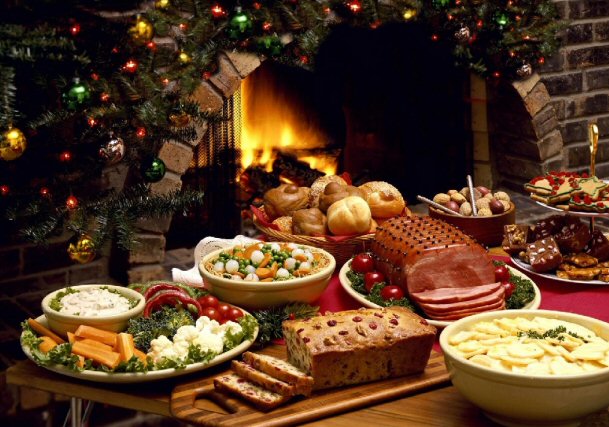 Yuletide songs were most probably a big part of these celebrations in these Pagan days. But the common idea about going caroling or singing Yuletide Carols from house to house probably has little to do with the Pagan Yuletide observances in this context. People, generally peasants went from house to house singing for or with the hope of trading their song for food or money. Not out of a joy for the season, but out of necessity to keep from starving or freezing to death. By the time the “Here we go a caroling” was in practice, Christianity had a strong foothold in Europe and this winter season was associated with the 12 Days of Christmas.

Many different religions have a holiday observance during the winter months and around the Winter Solstice. Whatever you observe or practice in your home, from all of us here, we hope you have a Merry Yuletide season. Filled with joy, harmony and blessings.