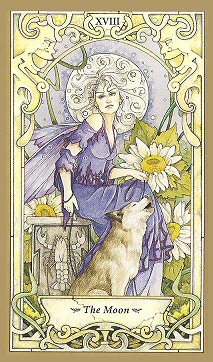 They are called the messengers of the Divine. Some know them as the window to Universal Law and the sacred symbols of the higher consciousness. Whatever their auspicious synonym, the Tarot has been mentioned in ancient texts for 35,000 years. The Hermetic Kabbalah, tells of 108 stone tablets that lay beneath the ancient pyramids at Giza. 78 of these tablets are called the ‘Exoteric’ Tarot, the remaining 30 are the ‘Esoteric’ Tarot.

Even though there is evidence that the Tarot has existed for thousands of years, the first known decks come from 12th century India. They didn’t arrive in Europe until the time of the Crusades where they were often trophies of war held by European soldiers. It wasn’t long until the modern Europeans began creating their own versions of these religious decks, which were the forerunners to our modern playing cards.

It wasn’t until the 16th Century that the Tarot really began it’s invasion through the traveling Gypsy caravans and their use turned back to a spiritual perspective or as a tool for divination. END_OF_DOCUMENT_TOKEN_TO_BE_REPLACED