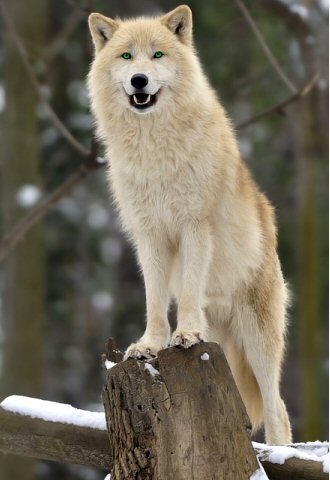 What do you do when one of your peers questions your right to hold the titles, or position you’ve worked long and hard to achieve? Do you get angry and fight back? Do you ignore their intolerant comments? Do you try to correct their misconceptions? Or do you meet their hatred with love?

I received a private message on Facebook from someone questioning my credentials and, how do I put it, my “right” to say I’m a metaphysical minister, because clearly I’m pagan.

Well of course I am, I’ve never made any secret about that. I tried to respond to the message but I’m blocked from the seemingly fake account and can not respond.

Sadly the message seems to have come from a member of a private FB group I’m part of as an alumni. Now I surmised this because the message shared quotes I’ve made in posts that are only available and seen on the group page. What made this even more shocking, this is a group of spiritual ministers! Say what?!

So I decided to responded to the accusations on the group’s page in an effort to respond to this person. I’d like to share my reply and the response from my fellow Ministers and students here on my blog in the hopes of sharing how you might respond in a similar situation. Whither you’re working in an office in a large corporation or in a small business, how you react to these negative situations can either prove their point; or rise above and empower your position.

I realize that many of you come from a Christian background. Especially those who are from the U.S. But your system of belief and background is not the only religion found in our global membership.

For those of you who don’t know the definition of Pagan, it’s any religion that does not follow Abrahamic Doctrine. That’s a huge category of religions. It includes Buddhism, Hinduism, and Shamanistic religions from Norse to Aboriginal and everything in between.

Metaphysics in its original form was and is Pagan. I’m sorry some of you may not think that is, but the first articles of Metaphysics and that label itself comes from Aristotle. Who was a Greek, and who believed in the Greek pagan gods. He wrote extensively about Physics, the seen world and what was known in his time. Then he wrote about meta-physics, the physics beyond physics, or the unseen world and what was understood at the time. Now he’s not the only one who wrote about these ideas or concepts. You can find documentation around the world in every culture and civilization. But 90% of them are pagan.

The source material from the ..our.. university systems are written from a metaphysical concept popularly known as the Christos Consciousness and some people get the idea that this means Christ as in Jesus Christ. Not necessarily. Christos comes from the Greek to mean anointed, or to be anointed by the Gods. Even “to be at one with the divine” is an acceptable parable for the concept. The label became associated with Jesus specifically by early Greek Christians. But it had been in use long before that as a pagan perspective. So when the source material is talking about “God” or the Christ Consciousness, that doesn’t mean it favors one religion over another. Nor does it mean that it doesn’t include belief systems such as the variety of pagan religions, and there are many.

I would encourage everyone who is currently studying the source material to use it a guide, not as a bible. This material may open doors to new perspectives or ideas that need further research outside the provided material. In fact, I’d suggest that exercise is encouraged. The only way we can learn tolerance for others is to understand who they are and what they believe. You don’t have to believe as they do to study and understand them.

Lastly, I’m accused of being arrogant in my postings here on the group’s page. Yep. I am. What you may see as arrogance, others will see as confidence. If you see arrogance, then perhaps this is a reflection of something you don’t like about yourself. Perhaps you lack confidence in yourself or in your own beliefs. If my postings that share alternative perspectives threatens you or angers you in some way, then maybe the issue is within you. And this is not my problem.

I won’t apologize for being who I am. You have no idea what I’ve been through in my life, what I have overcome and what my challenges are today. So you’re opinion of me has no standing in my life. Your attempt to condemn my beliefs will not change my understandings and convert ..me.. to your brand of views. In fact, it’s more likely to strengthen them.

If you have a question about something I’ve said here, then ask me. If you have an alternative view, then share it. Let everyone learn from your view. But don’t create a fake account and message someone with condemnation. That’s simply cowardly and doesn’t respect the purpose and intent of this metaphysical ministry.

..Our association.. is an organization that includes students, teachers and leaders from around the world. It is inclusive and welcomes everyone’s spiritual perspective with dignity and respect. If you believe your view of metaphysical principles are the only view and anyone else who strays from that path is wrong or a fraud, then you’re really missing the point of the course material. You’re also missing out on the opportunity to learn from others and broaden your horizons.

Our discussions here are not arguments, they’re not even debates. No one is trying to “win” or be “right” about a topic or subject. For years we have shared our views, our beliefs and perspectives and learned from each other. And that, I believe, is the biggest gift the ..alumni.. University system has to offer everyone.

I agree that ministers, healers, and teachers must accept the right of students to ask about our credentials. And I freely and openly share my credentials on Spring’s Haven in my Profile section. This wasn’t that. This was questioning whither or not a pagan has the right to study and be granted the title “minister” or to achieve a doctorate in Metaphysical science from this parent organization. Obviously this person believes that paganism is at odds with that spiritual path.

All the responses to this post were met with compassion and sadness over one of our group members being attacked in this way, and by another member. Out of the 26 responses there were messages of support and an overwhelming feeling of love between everyone who responded. The coming together of members didn’t focus on condemnation or calling out this person. But rather on showing love and support for not only me, but for every pagan member in our group; and there are many.

The post went from a response to someone who was coming from a place of fear, a wonderful chance for creating a teaching moment to those who are striking out on their own Ministry and desires to teach.

The messages I receive from the general public are much worse than this note was. And they’re usually quite blunt suggesting I go to hell where I belong, since I’m serving the Devil. And they always come from an address or account that has been deleted or has become invalid, so there’s no way to respond to their attacks. Exactly like this one. It’s cowardly and if you receive any message like this, you should look at it in that way. I’ve gotten used to angry notes like this and they lost their impact on me and my life a long time ago.

In the end, the post that started out with a negative event, turned into an expression of compassion and kindness that resonated with love and acceptance.  Meeting intolerance of any kind with compassion instead of fear, with a hope for healing instead of returning the attack will always win over the negativity of the intention of the attacker. When you can face intolerance without fear, then you will have nothing to prove to anyone any longer. And their attacks upon you lose any power over you.  Releasing your own fear allows you to respond with love and express your values in real action and energy. You will release the need to gain approval or acceptance and discover your own empowerment to walk your talk and your own path.